There are some great regional bands in this area. The features below contain some great samples of these bands. 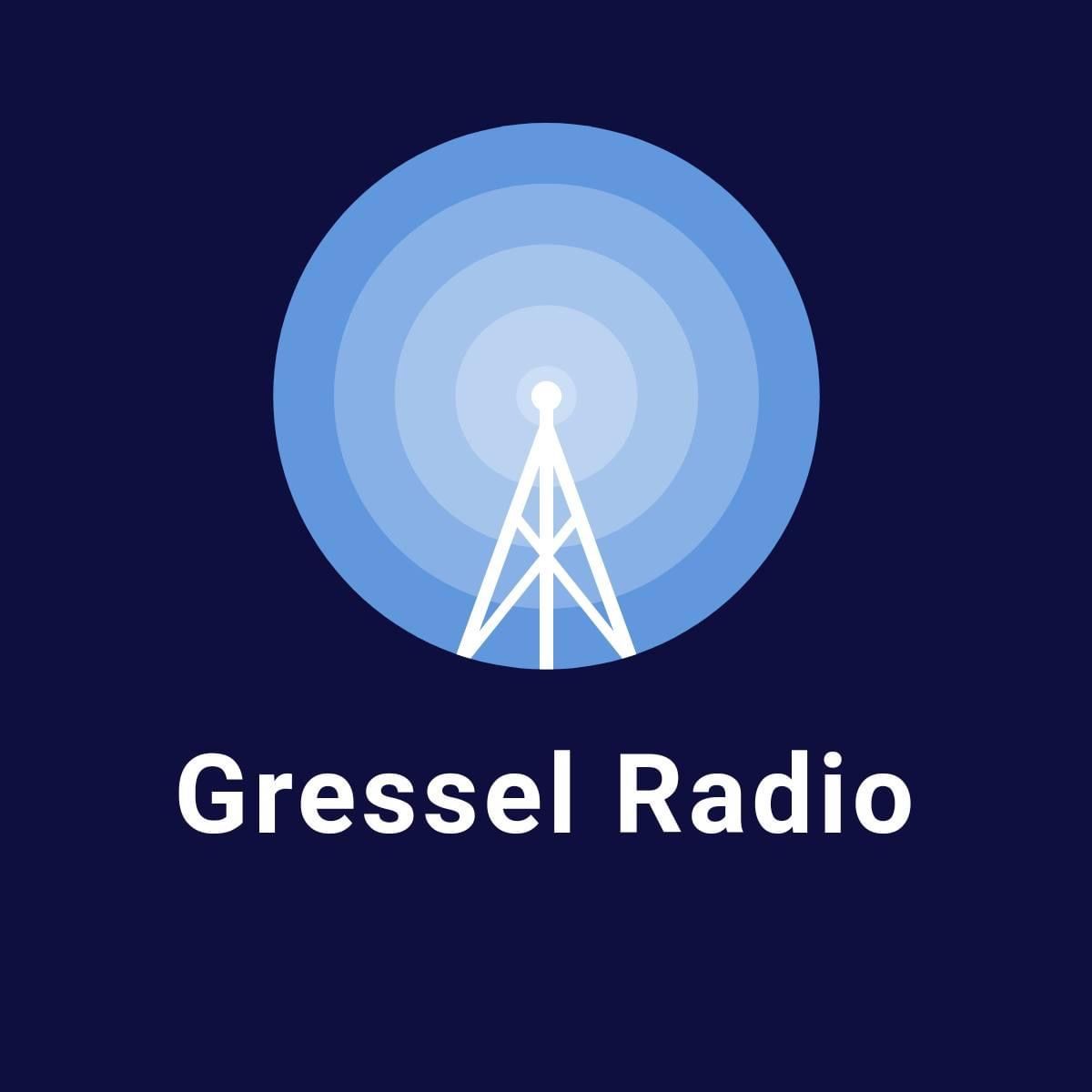 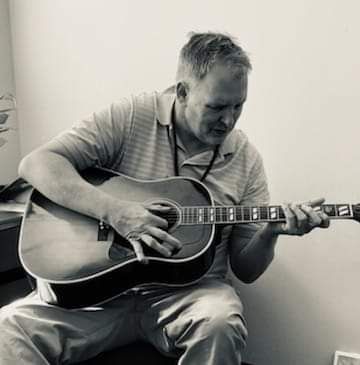 Alligator Jackson started as a southern rock project.  It has now spun into a party rock project with David Williams on vocals.  Although, there has never been any live shows....you never know!

Alligator Jackson - I Got Drunk With Batman

The M.F.B. Funk in’ Up The Neighborhood

The M.F.B out of Huntington is led by Parry Casto aka Funkle Sam. The energetic front man is like a funky Freddie Mercury. The M. F. B is the premier funk band in the region. Wherever they perform, a party will break out.

Boldly Go! Is a Star Trek-themed 4-piece punk band based out of West Virginia, made up of Foz Rotten, Alex Smith, Rusty Felty and Chris Gibson. They claim influences such as the Ramones, Rancid, Black Flag, Misfits and Screeching Weasel. 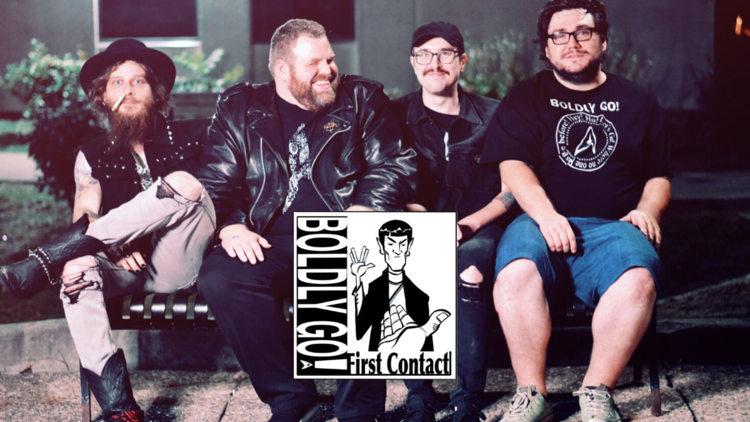 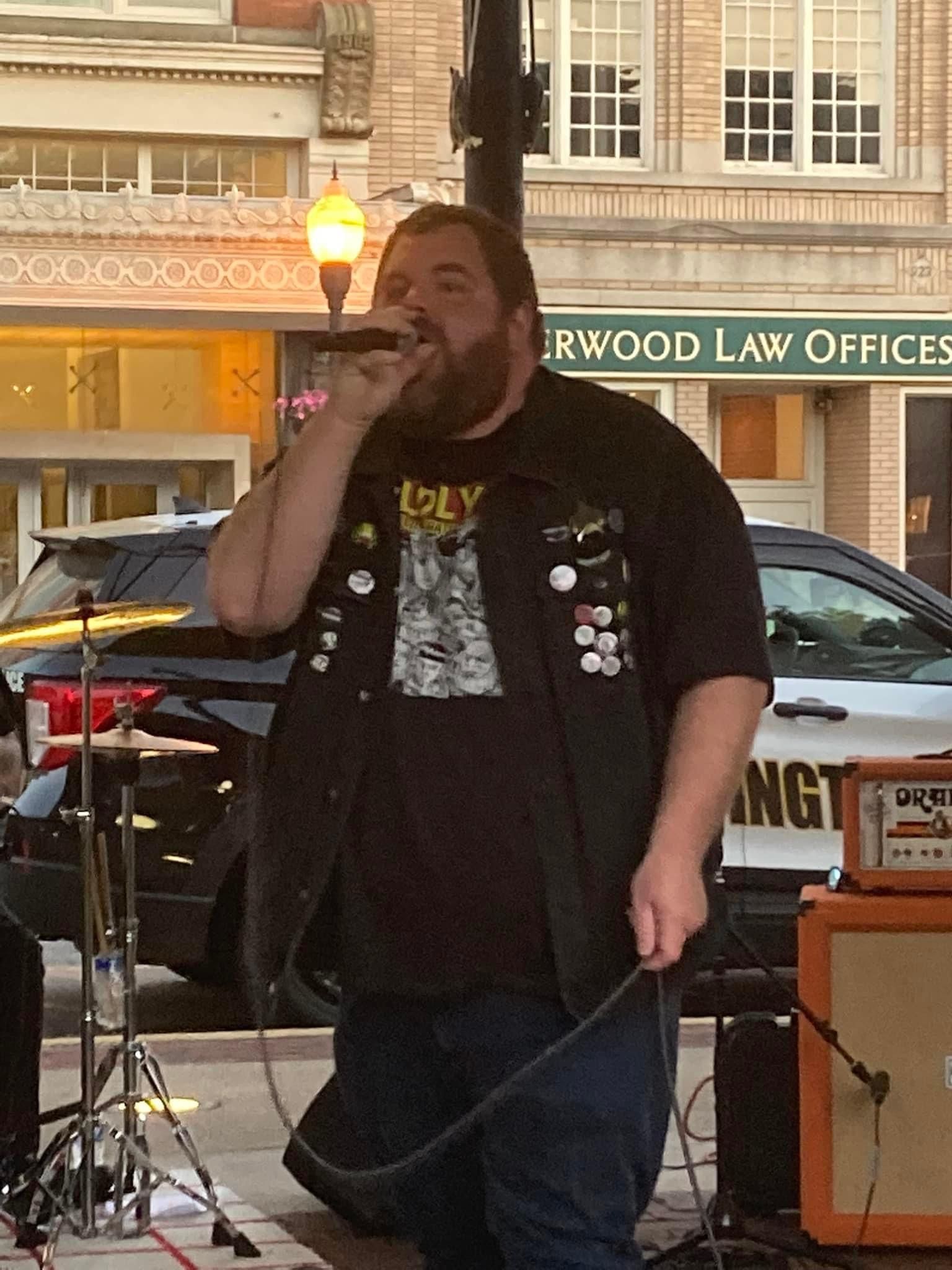 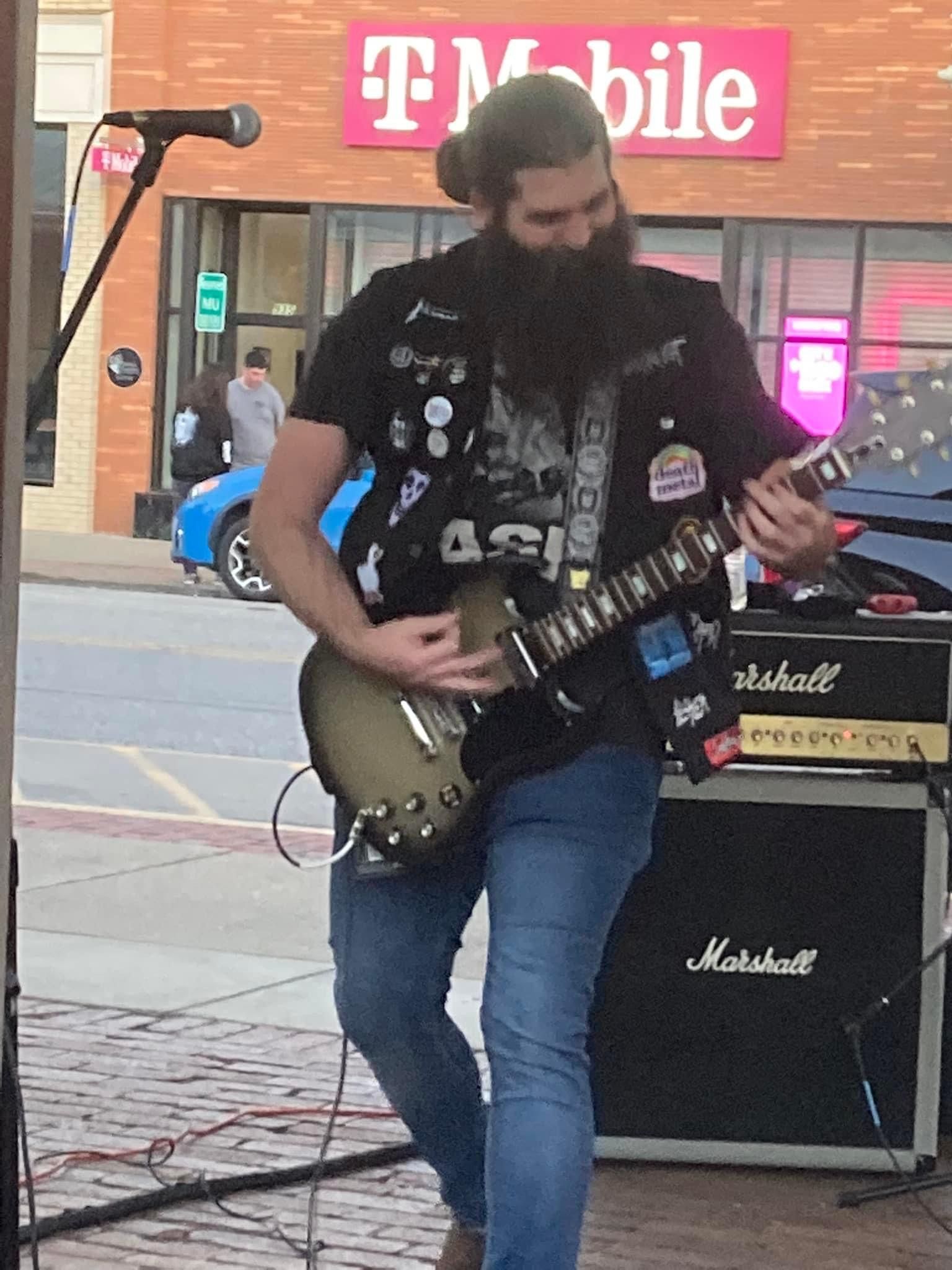 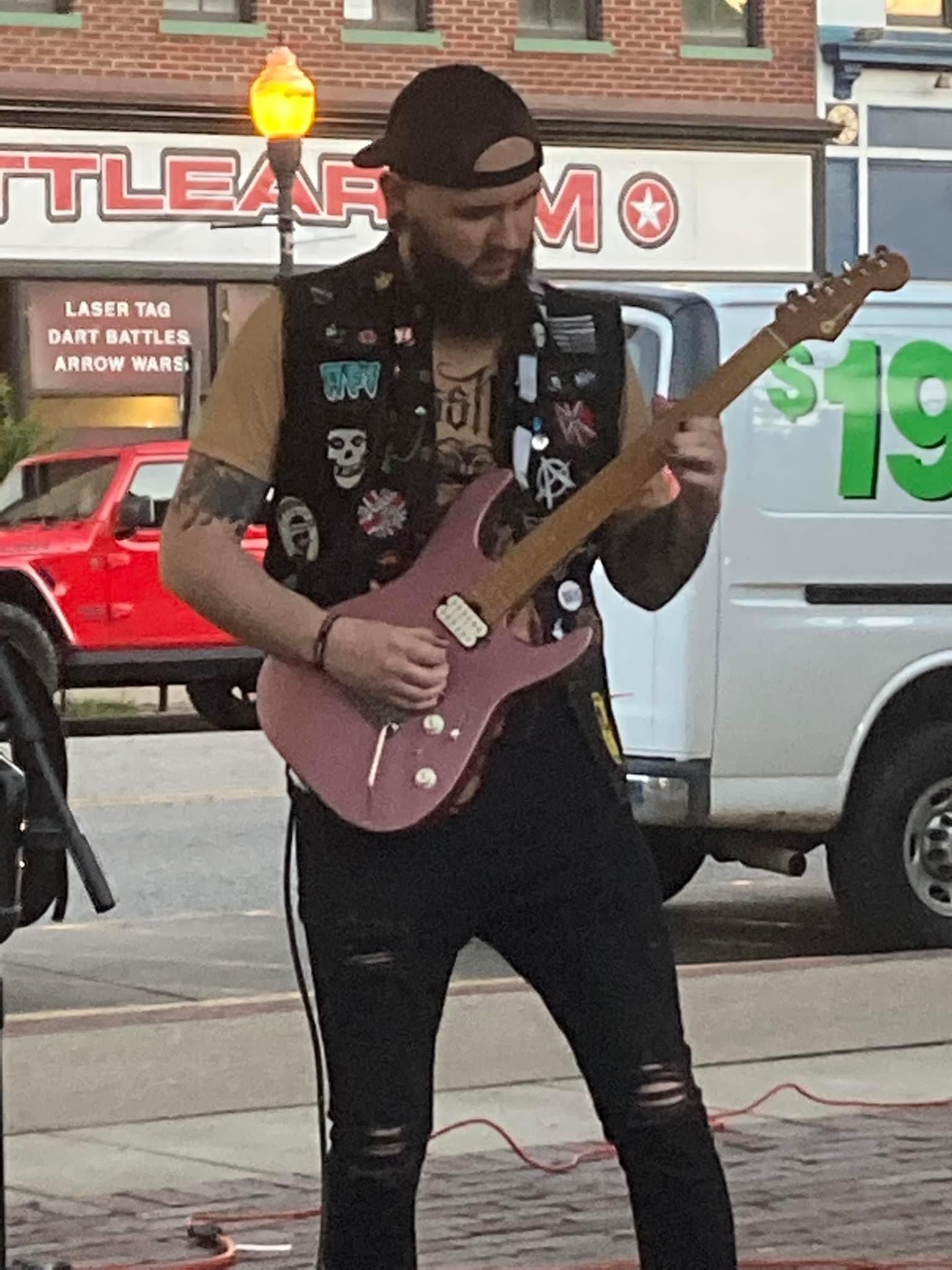 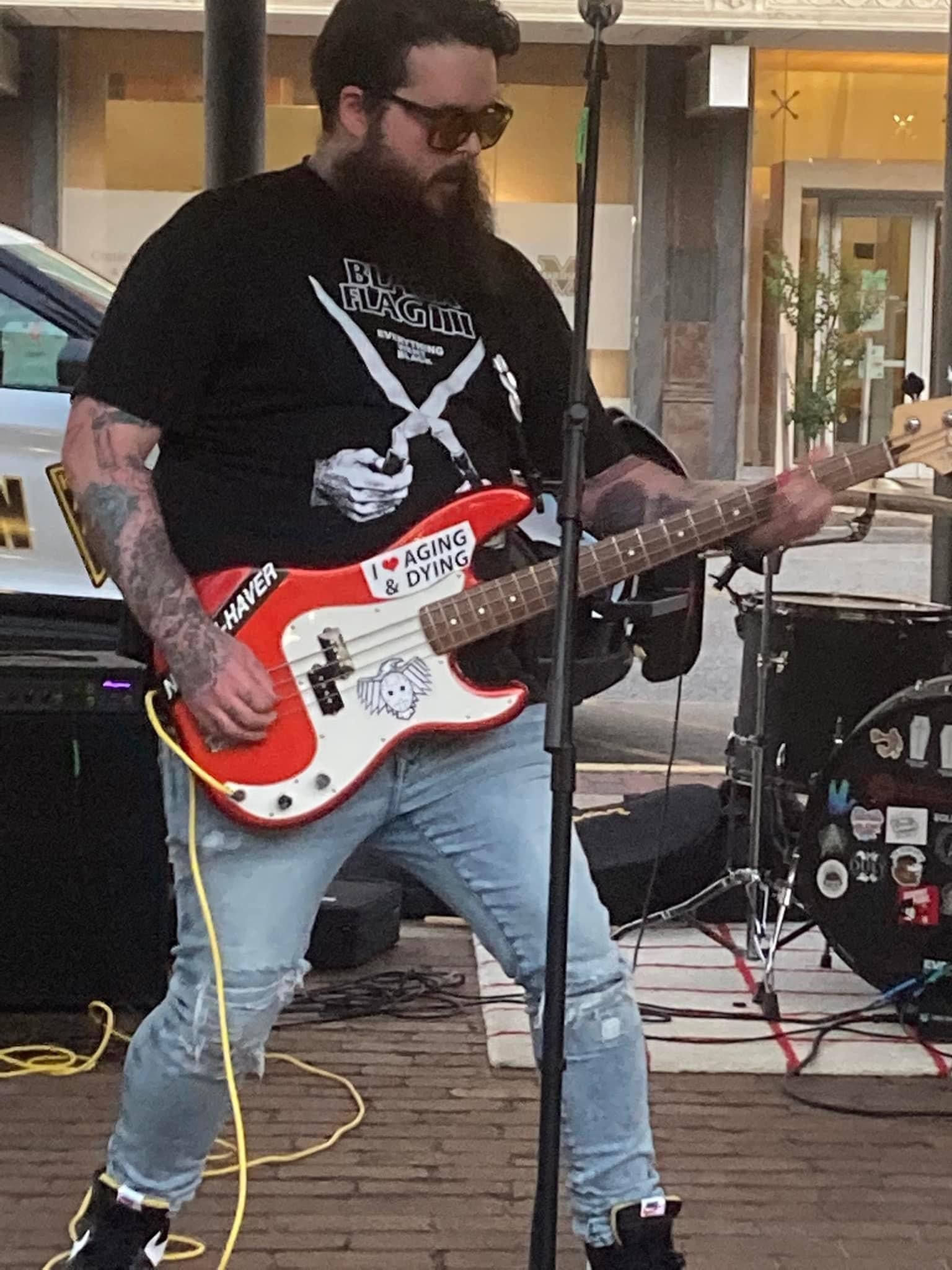 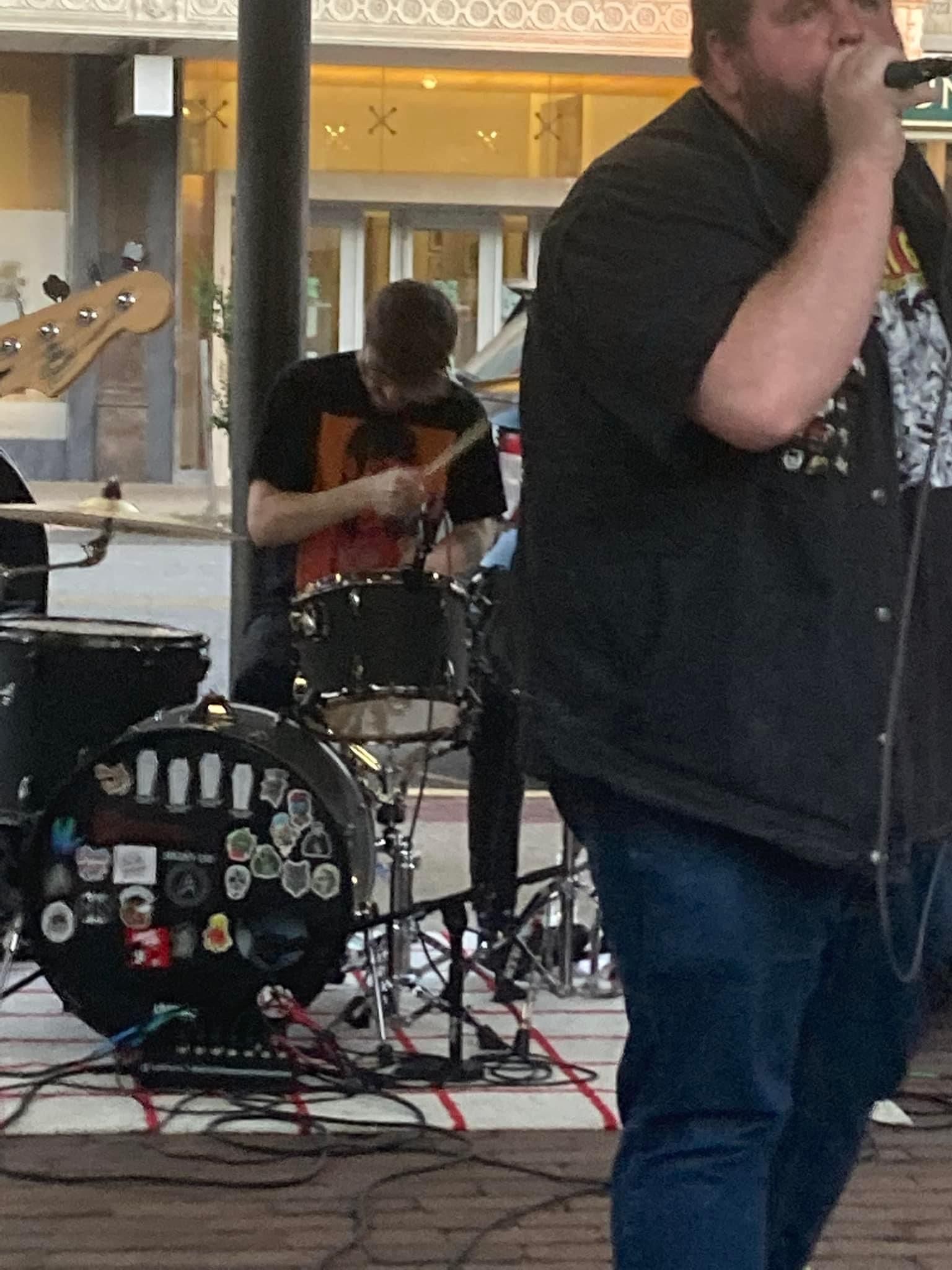 I caught this Boldly Go! at Huntington Comic Con at Pullman Square in Huntington. They were a lot of fun. Cool punk songs based on Star Trek.

Austin Adkins Live I Wanna Be Live in WSAZ Studios 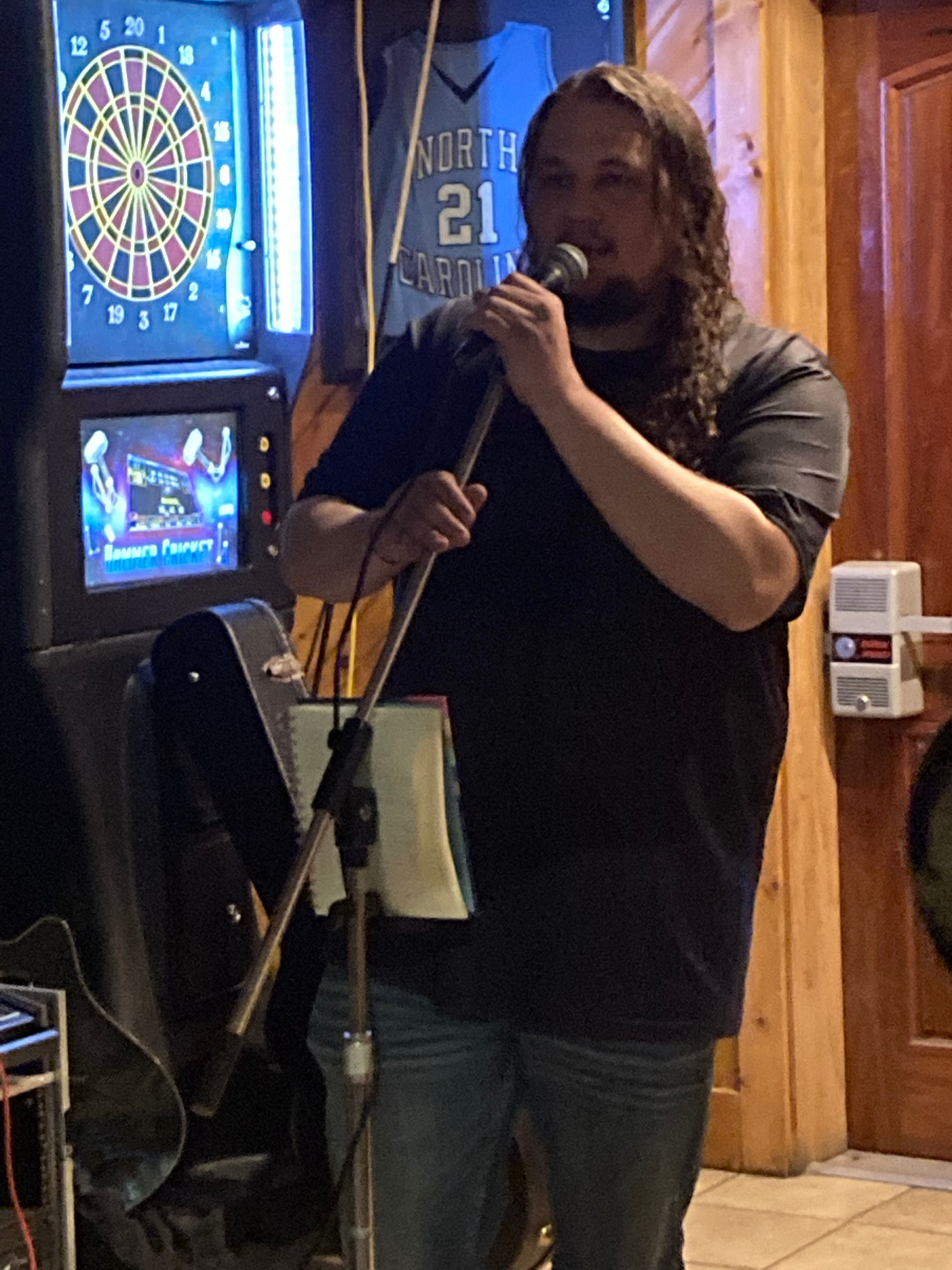 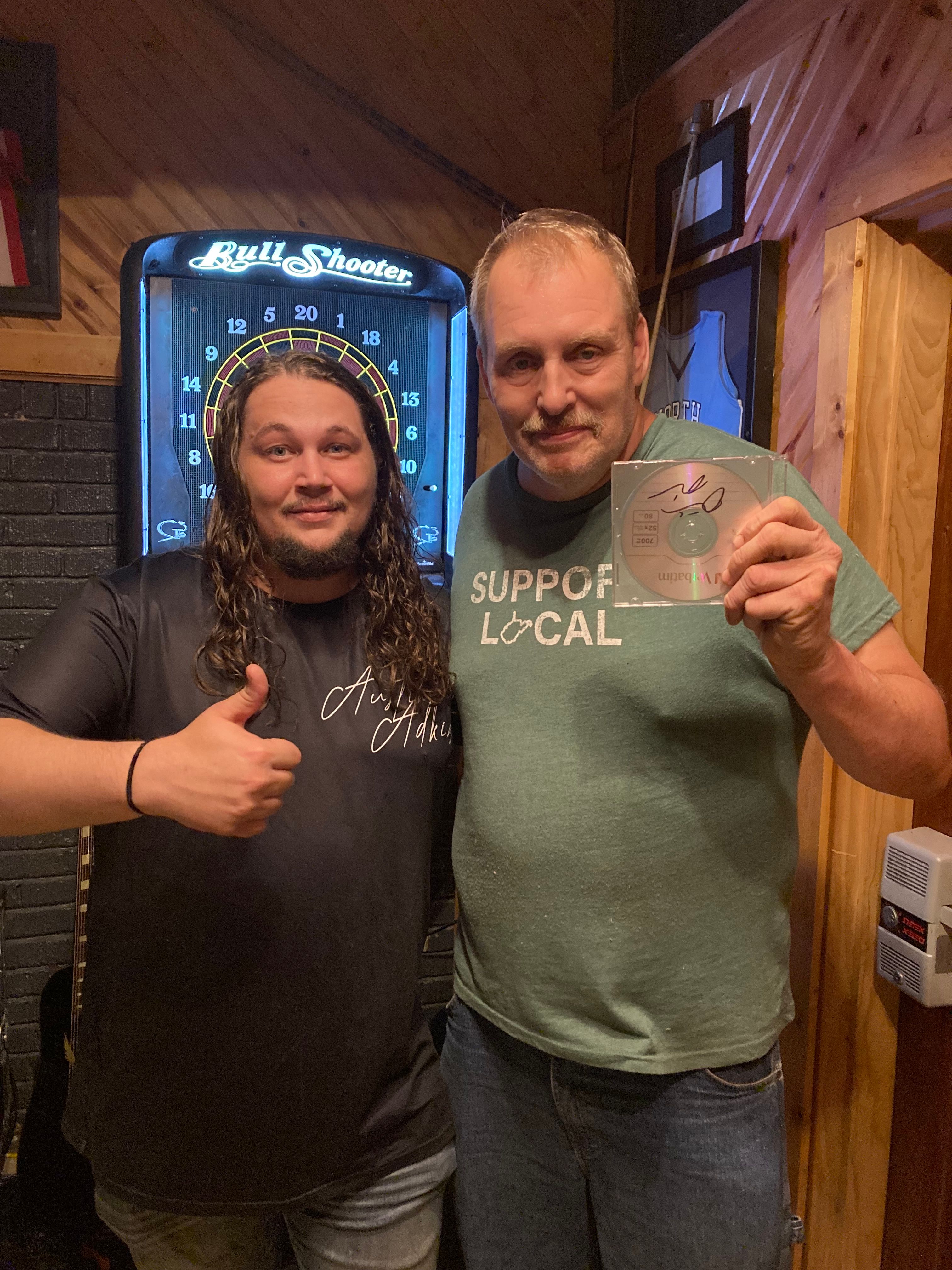 Austin Adkins is now signed to a Nashville label and is making a name for himself. The young country singer from Wayne County has been diagnosed on the Autism spectrum and has always used music to communicate and be better understood.

Justin Hero is no other than Justin Ponton. Justin is a hero, in many ways. He has saved many lives through his work in recovery. He was here when Huntington was Ground Zero for the epidemic. He was working in the trenches saving lives

Justin, himself, was once addicted and in prison. Now, he owns Newness of Life sober living home and raps about his experiences in his new music career. Justin definitely can hit a groove. 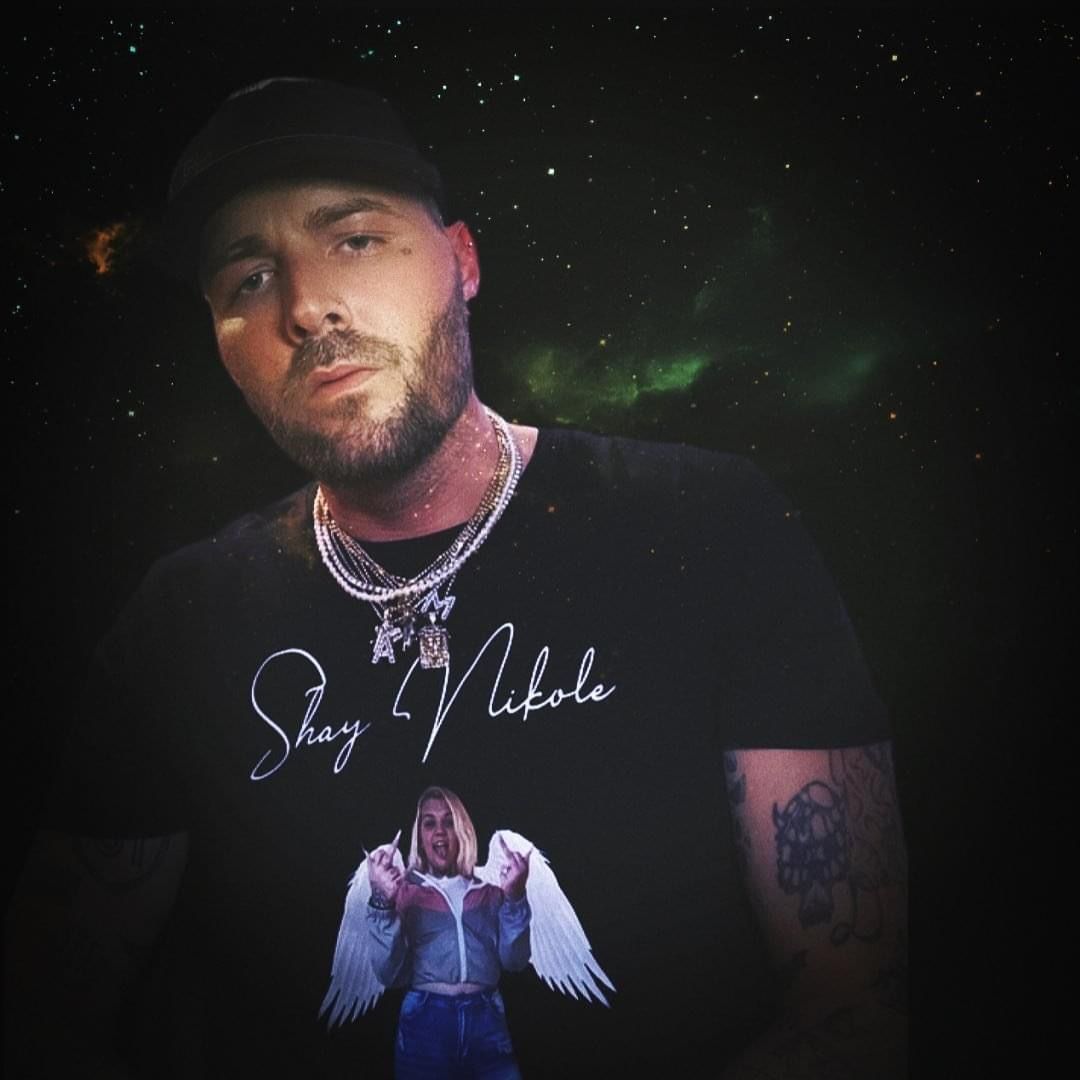 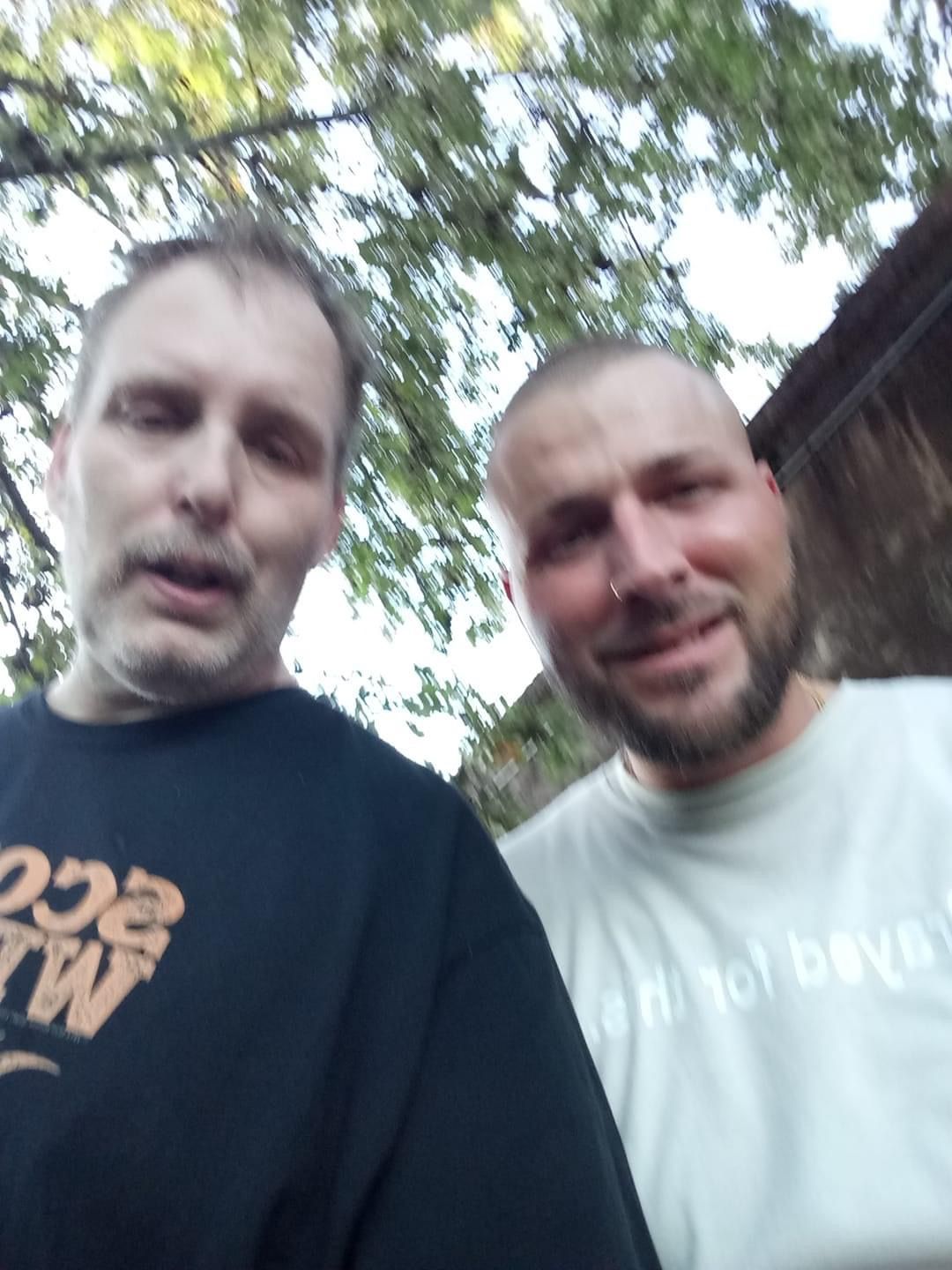 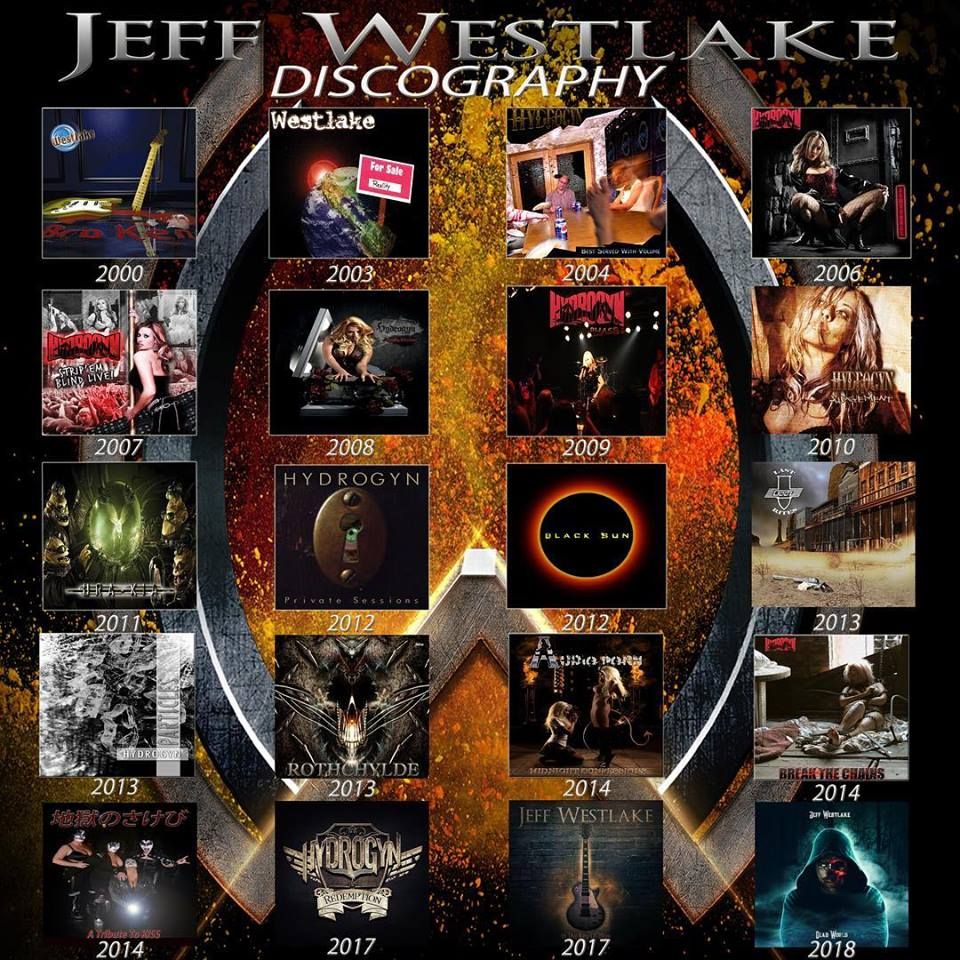 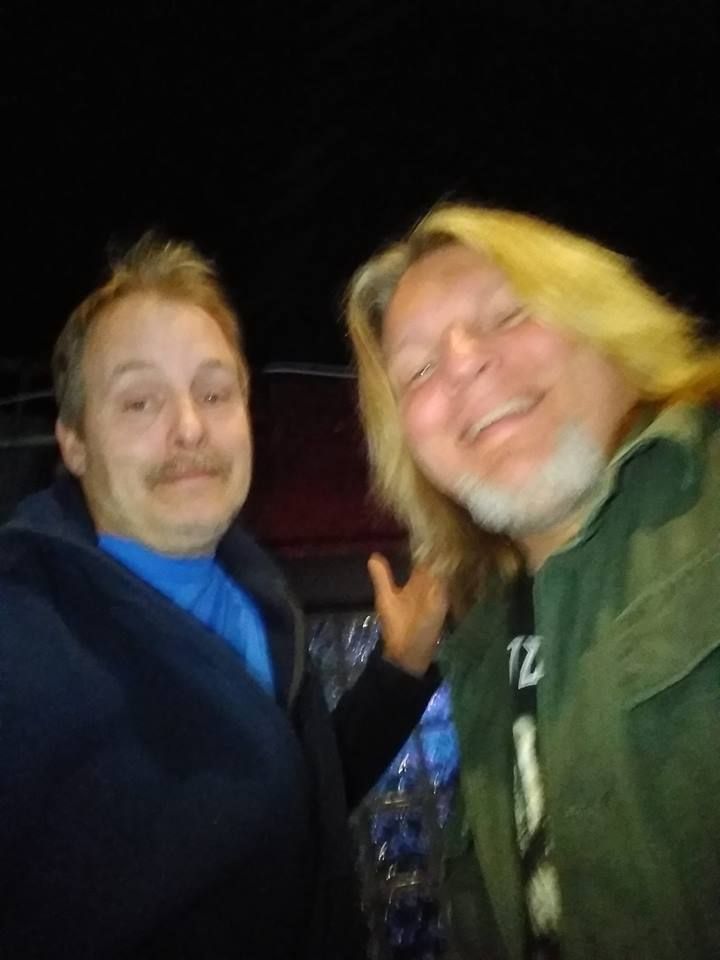 Jeff Westlake was one of the first people I met when I moved to Proctorville, Ohio in May of 1976.  We were instantly friends.  As young teenagers, we spent time writing songs.  I remember Jeff getting his first guitar and I would go with him to his guitar lessons at Pied Piper and then we would hit the record stores.

Growing up in the late 70's, Jeff's sister gave him a 8 track tape of a Columbus band she watched live while she attended Ohio State.  The band was The Godz and was on Casablanca Records, the label Kiss was on.  The Godz made a great name for themselves.

A few years ago , I saw where The Godz were doing a tribute album with bands paying tribute to the great Eric Moore and The Godz.  I told Jeff he should submit a track.  He did and not only was it on the CD but he became good friends with Eric and joined the Godz and recorded and toured with them.  Eric has died but Jeff still keeps The Godz legacy alive. 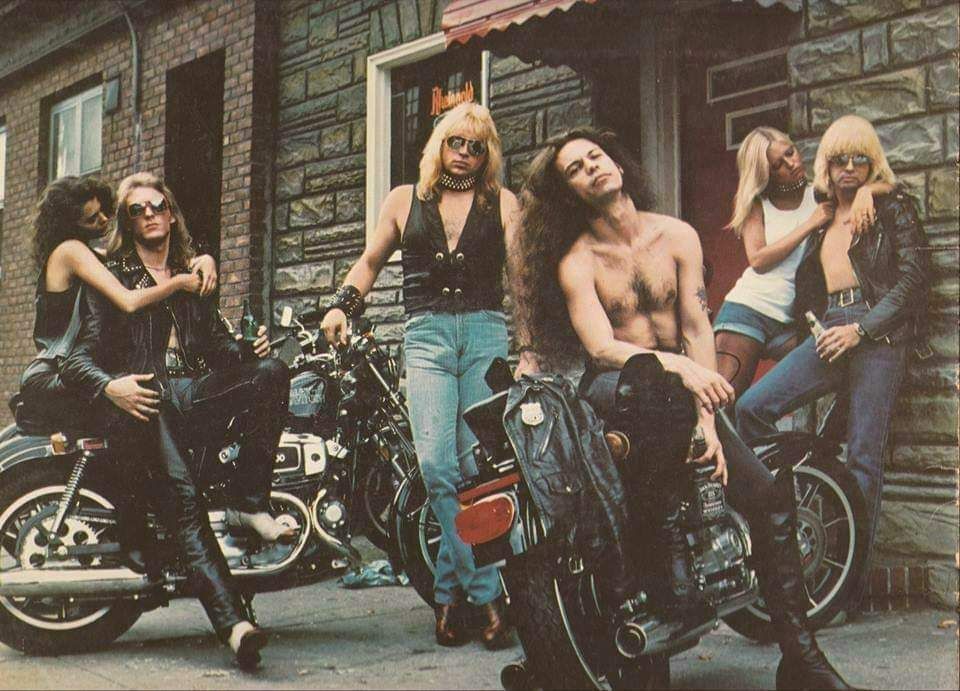 The original Godz 1979.  Eric Moore is shirtless in the pic 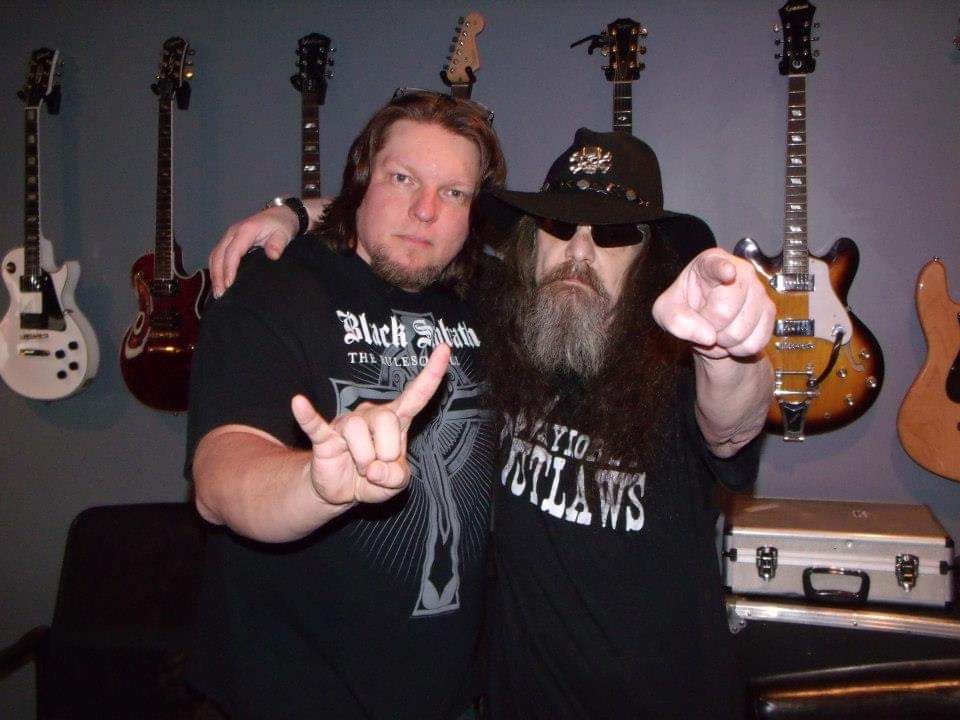 Jeff Westlake recording with Eric Moore of The Godz

Jeff is now recording as Westlake with a new band.  He is also releasing solo music and has released a series of covers on his website. 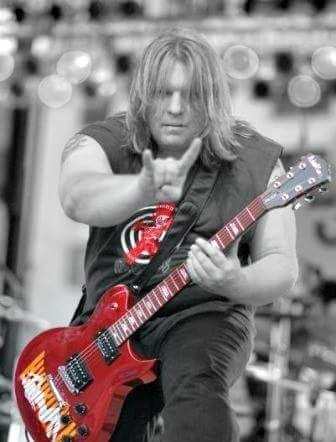 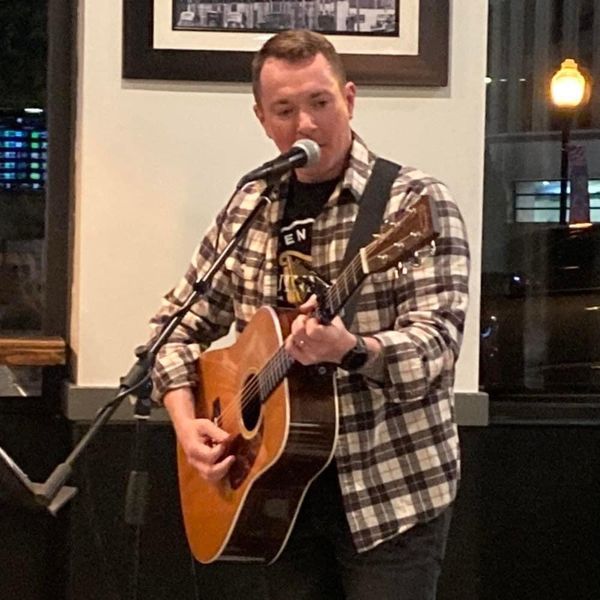 Jeff Ellis has been one of my favorite singer/ songwriters for over a decade  He can do it all…from folk to country to rocking out with Bud Carroll  Sometimes he sounds like Tom Petty . Sometimes he has his own style  He is a crafty songwriter in the mold of Springsteen  After all of these years of being a fan, I finally saw him live  It was a great show 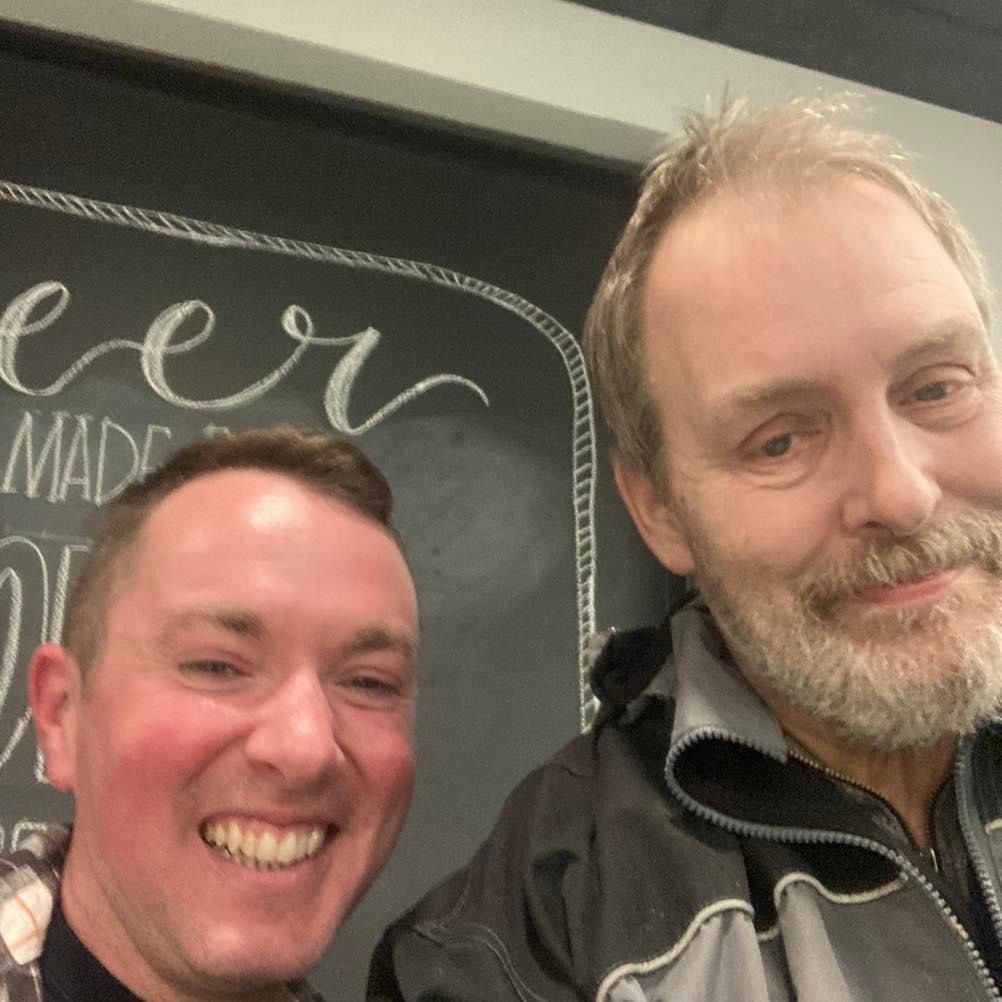 He’s also a police officer and a drill sergeant in the military. A quality man and a great musician. 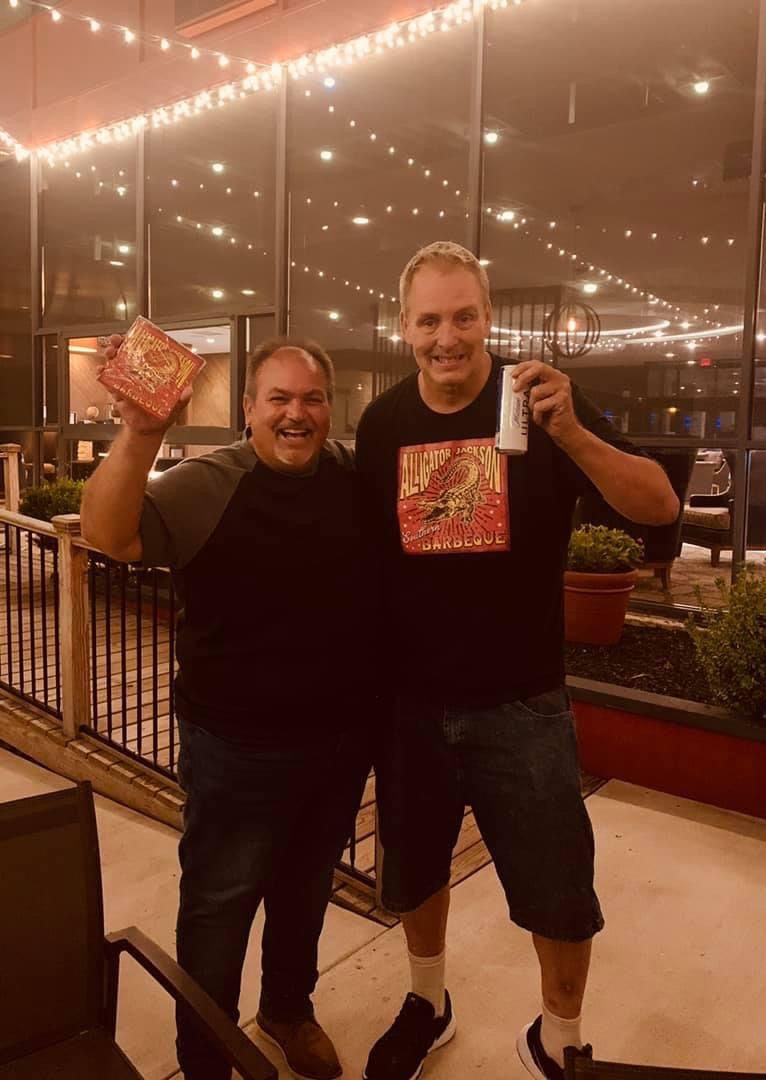 Even when he was the catcher on my Senior League Baseball team in the late 70s, I knew Bobby Maynard was bound for greatness. He had already won our high school talent show and was already giving banjo lessons.

He has shared the stage with talents like Dolly Parton, Ralph Stanley, Lee Greenwood, and many more. 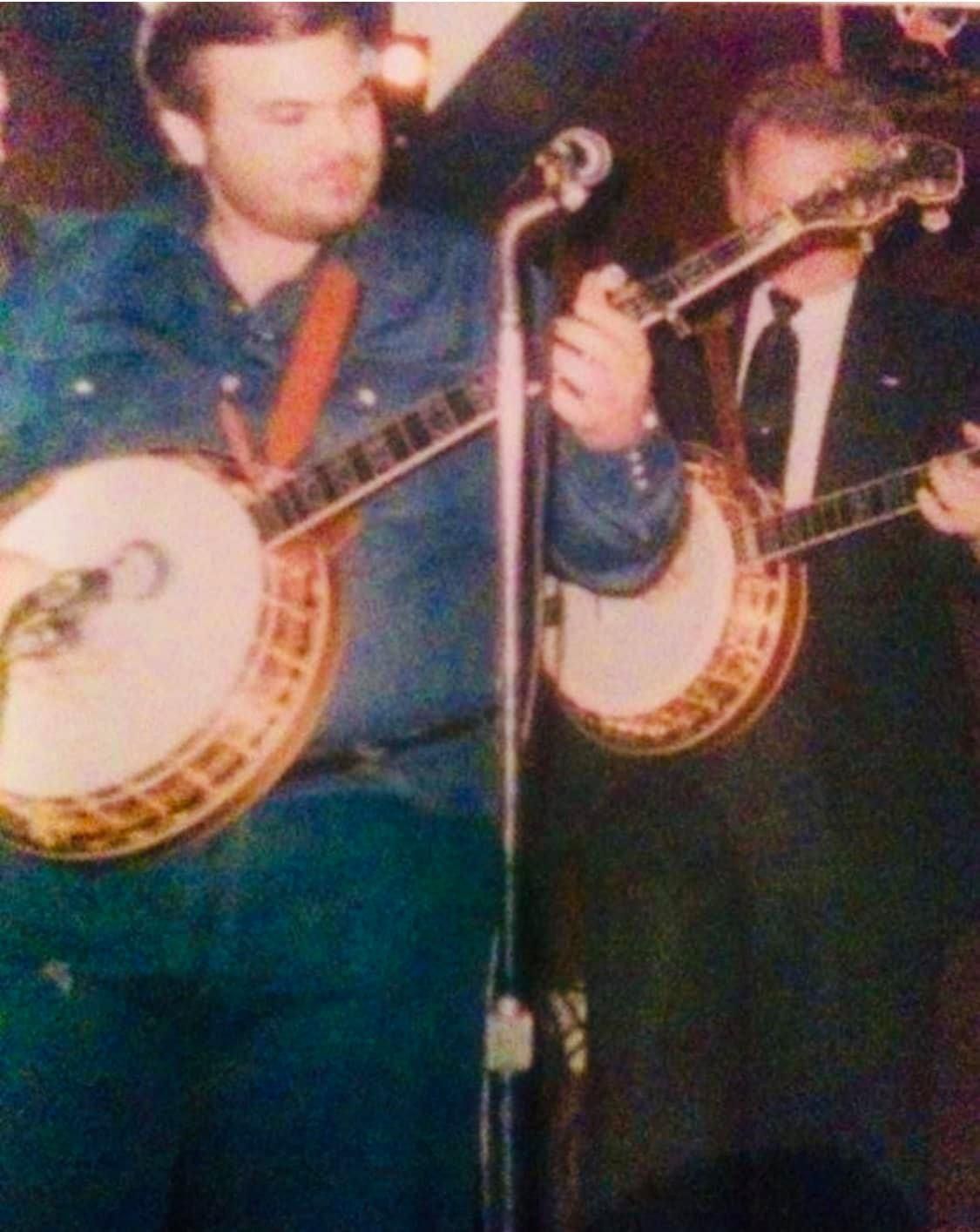 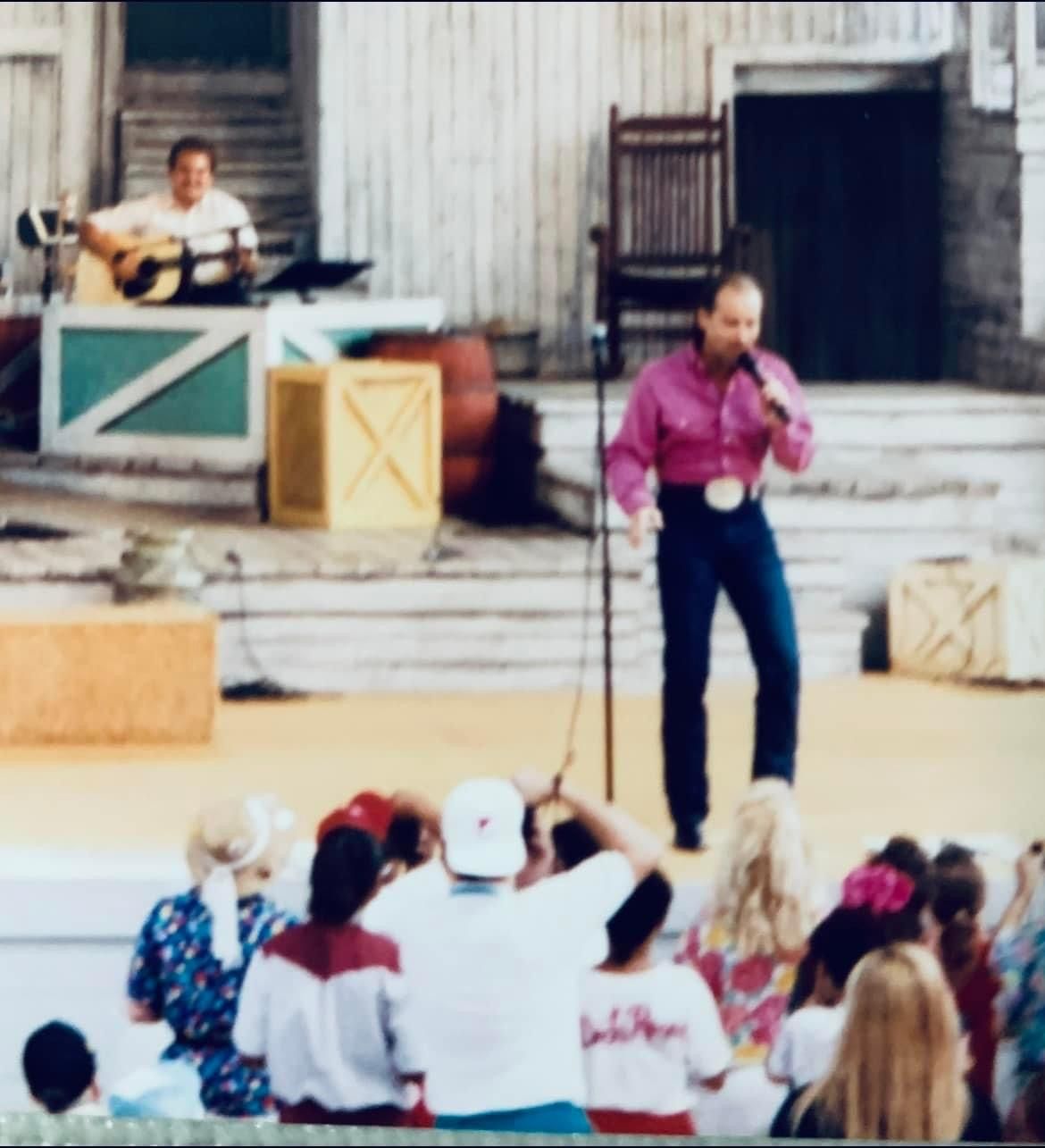 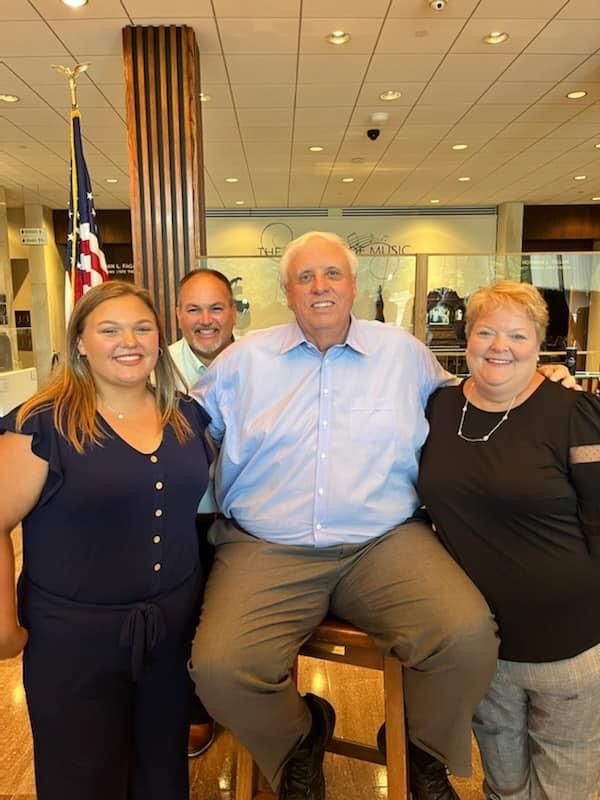 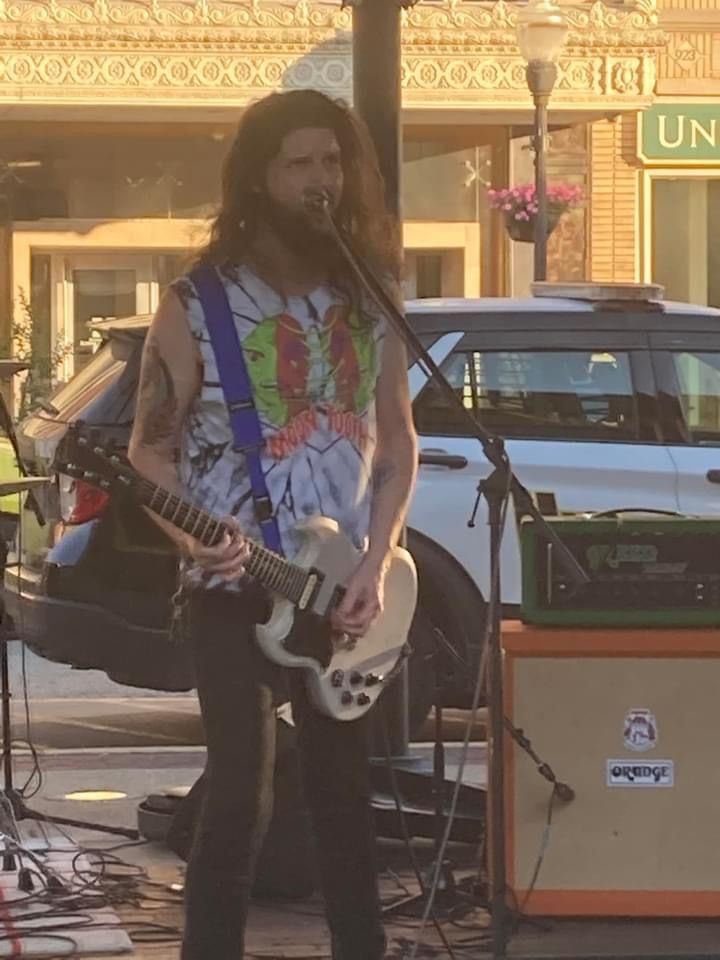 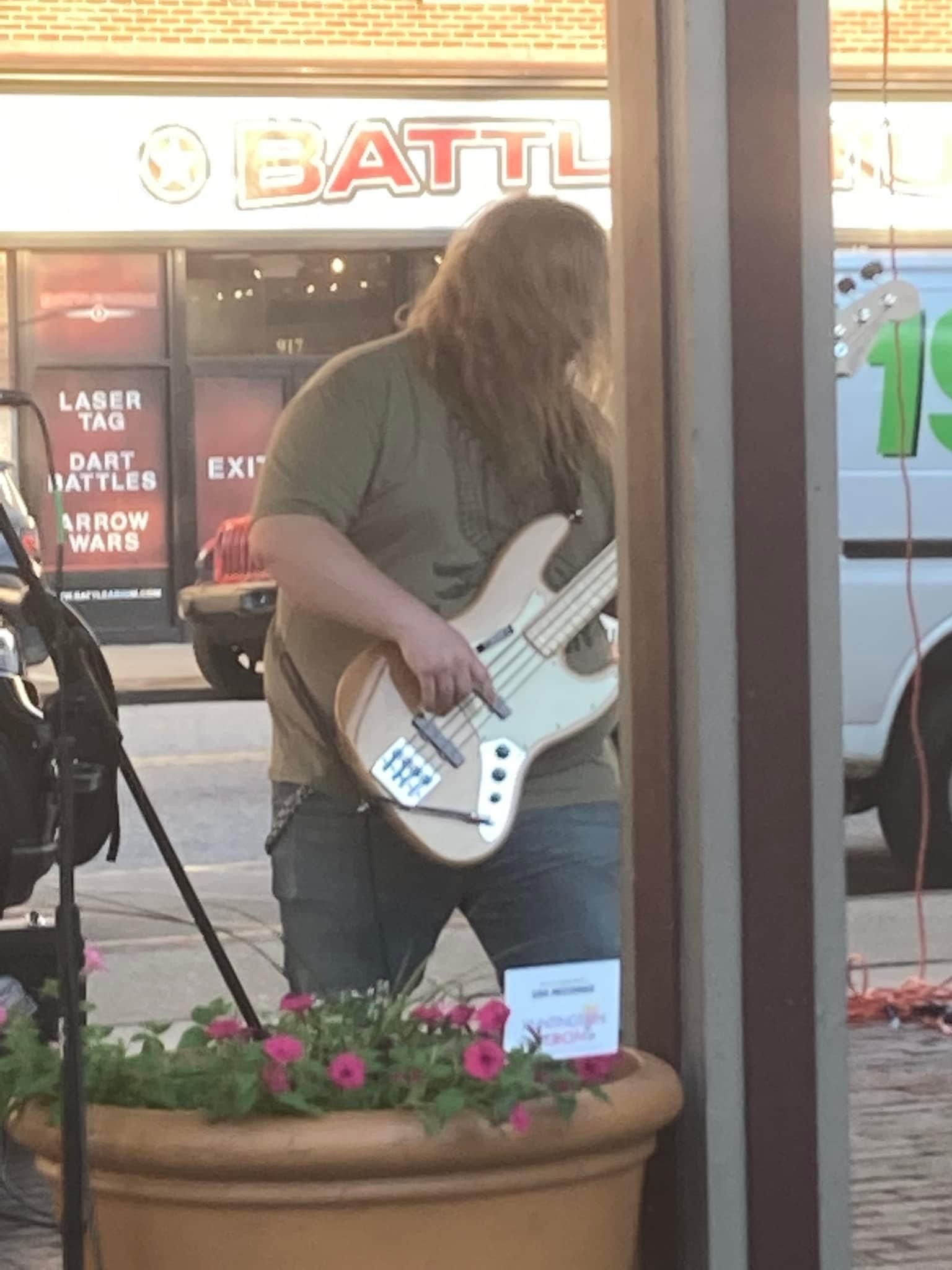 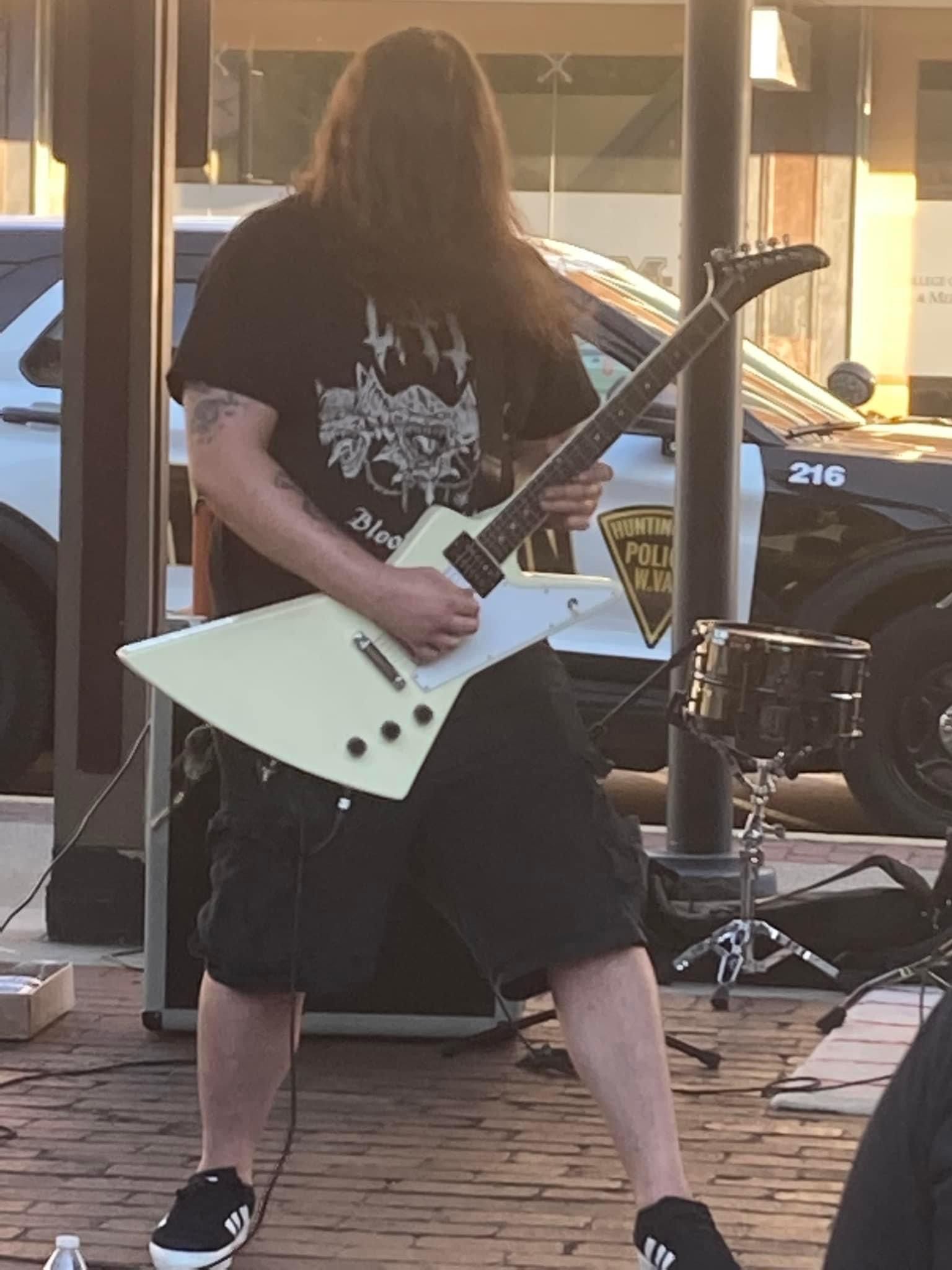 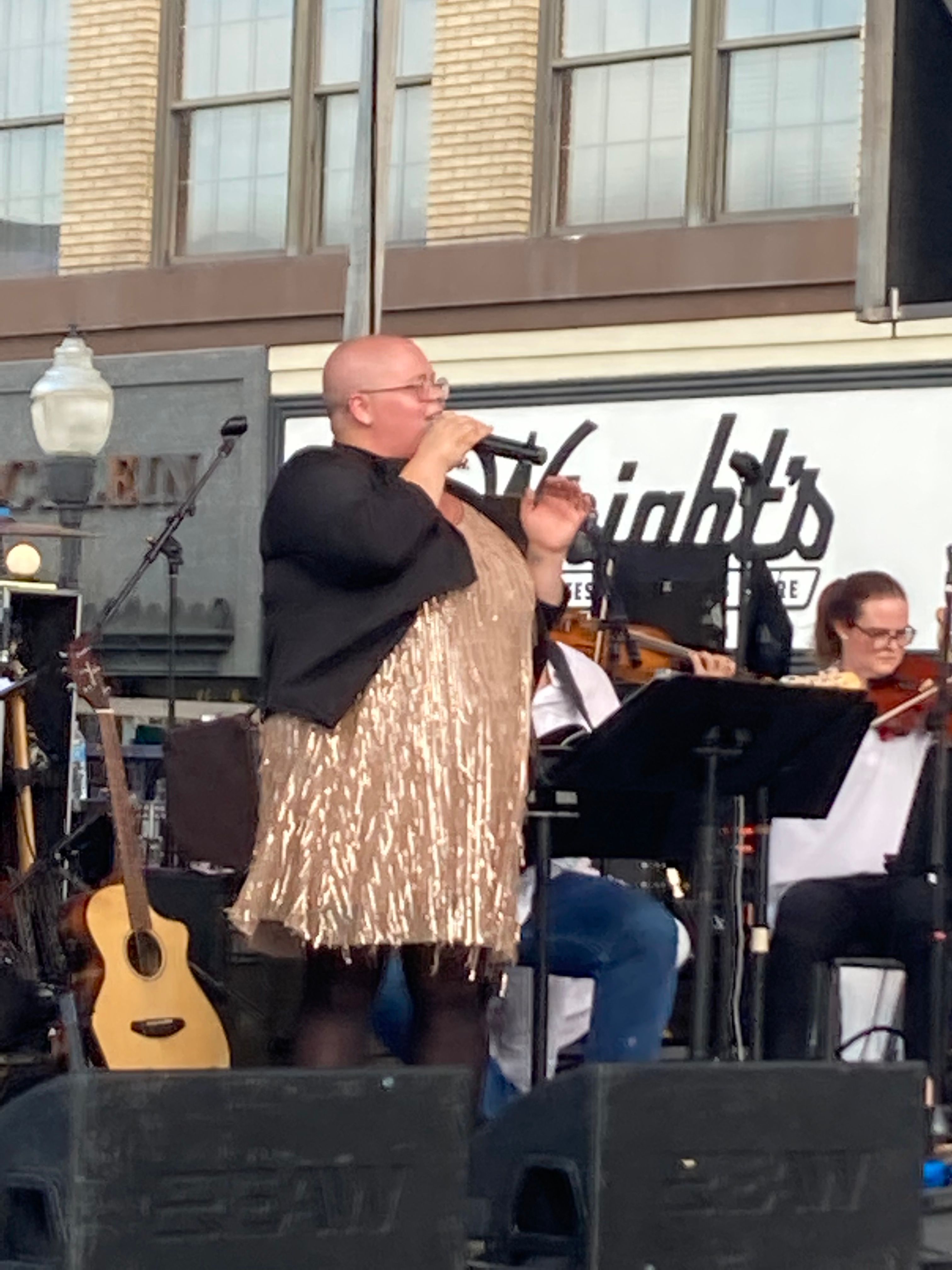 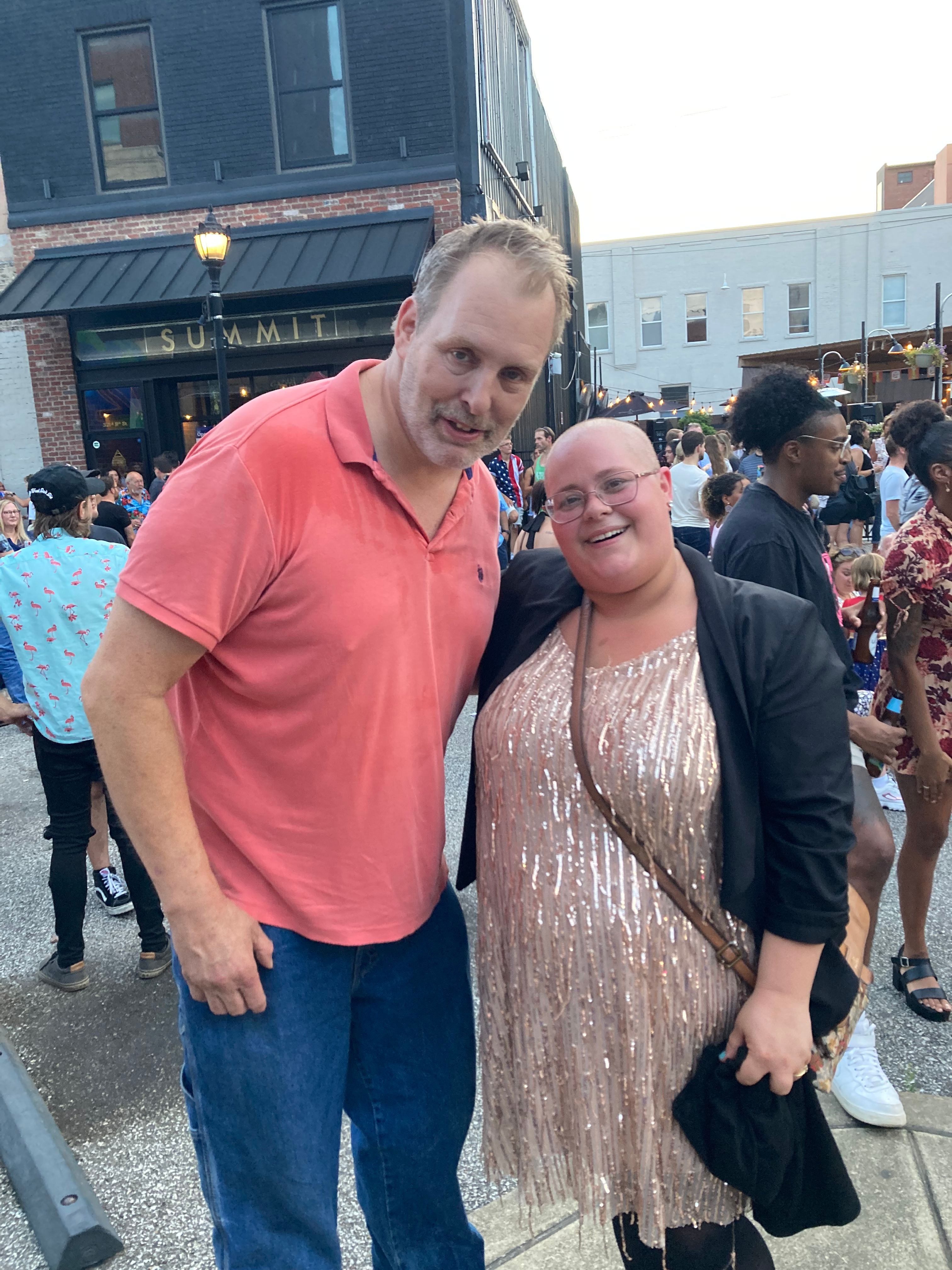