A Day of Rock

It is a beautiful evening on my porch overlooking 4th Avenue. As I wrote that last sentence, a firework exploded in the distance and AJ Dawg’s ears perked up but she isn’t ready to abandon this fine evening…..yet.

Eastern Kentucky is still on my mind. There was a viral picture I shared of a old lady sitting in her house waiting  for help, as it filled with flood water.

There was an update on her tonight. Her name is Mae Amburgey. She’s 98, and from Letcher County. Her and her family are safe.

Her granddaughter posted the photo in a desperate attempt to get help to her family.  It worked.

It sickens me that Letcher County has to have a curfew to try to curtail looting. It’s unbelievable people are trying to take advantage of flood victims.

I have some wonderful news about Jack Williamson, the man who was hit by a train and has his body was crumpled but was unable to get his SSI checks cashed. A few days ago, he finally received his money via direct deposit. Hopefully, the food stamp problem will get ironed out too.

The Veterans Helping Heroes event at Black Sheep Harley Davidson today was a success. I’ll tell you what kind of man the company owner, Dennis Gibson, is. He had been planning this event for a long time and he was having a great time. He got a call from where he works. There was a veteran being released from a hospital in Morgantown. Dennis left in the middle of his event to go get the man and drive him from Morgantown to Ripley. Dennis Gibson leave sno man behind.

The fireworks have finally sent AJ Dawg scampering inside for cover.

Speaking of AJ Dawg, while the band was playing, AJ was laying under the stage where it was cooler.   The band was loud but AJ is a rocker.

I worked a while today and then got AJ and we made The Hot Dog Festival and the Veterans Helping Heroes event. Much to AJ’s dismay, there were about as many dogs as people at The Hot Dog Festival. She probably has a sore throat from all of her barking.

I saw a lady at The Hot Dog Festival who says she keeps a copy of Quiet Greatness, a book I wrote 13 years ago about my uncle in her car in case she sees me to autograph it. She says she had to park too far away. I hope I run into her again sometime. It made my day.

Well, that’s Saturday. It was a pretty good day. Great music at both events. Chomp on ! 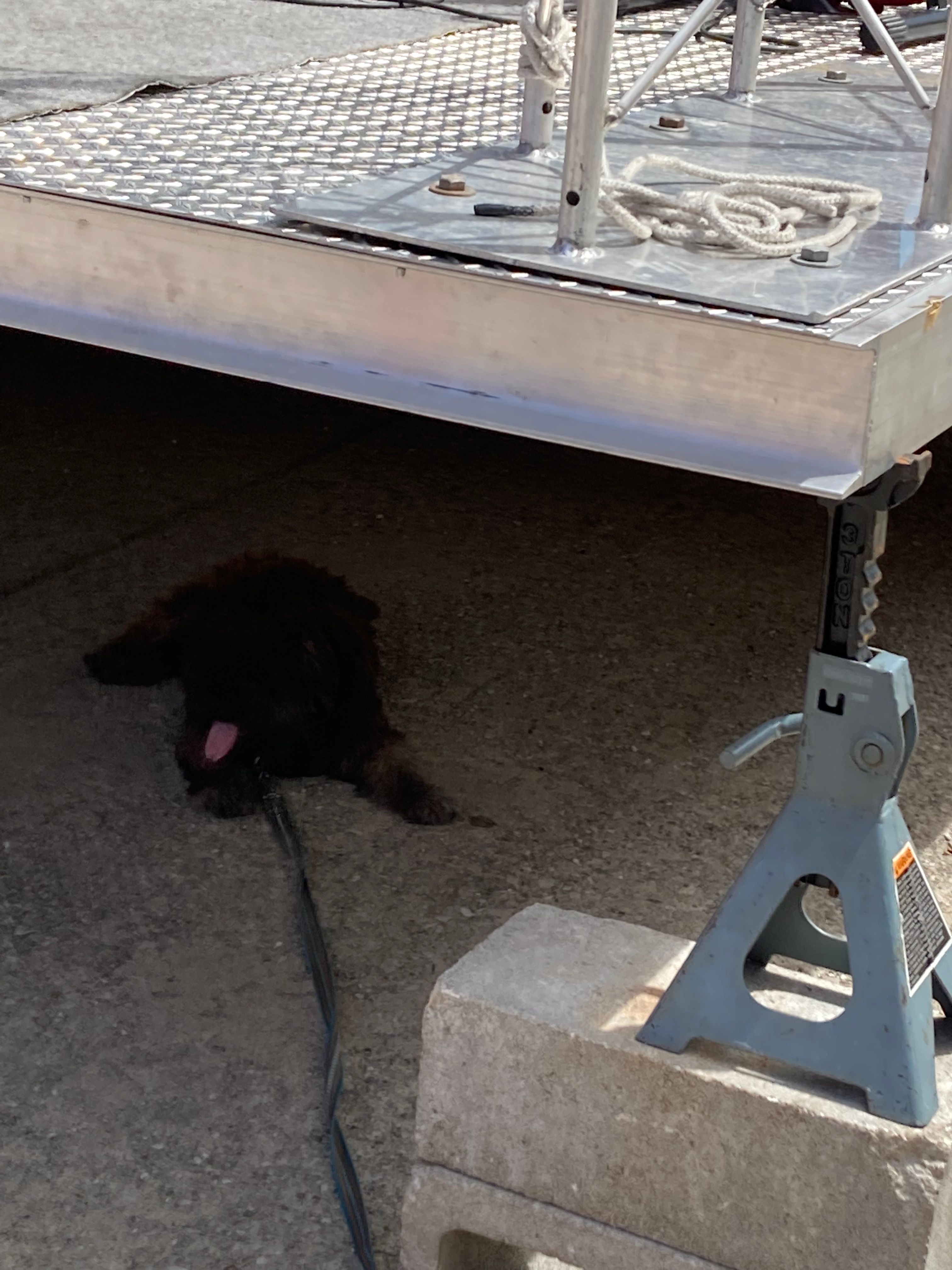 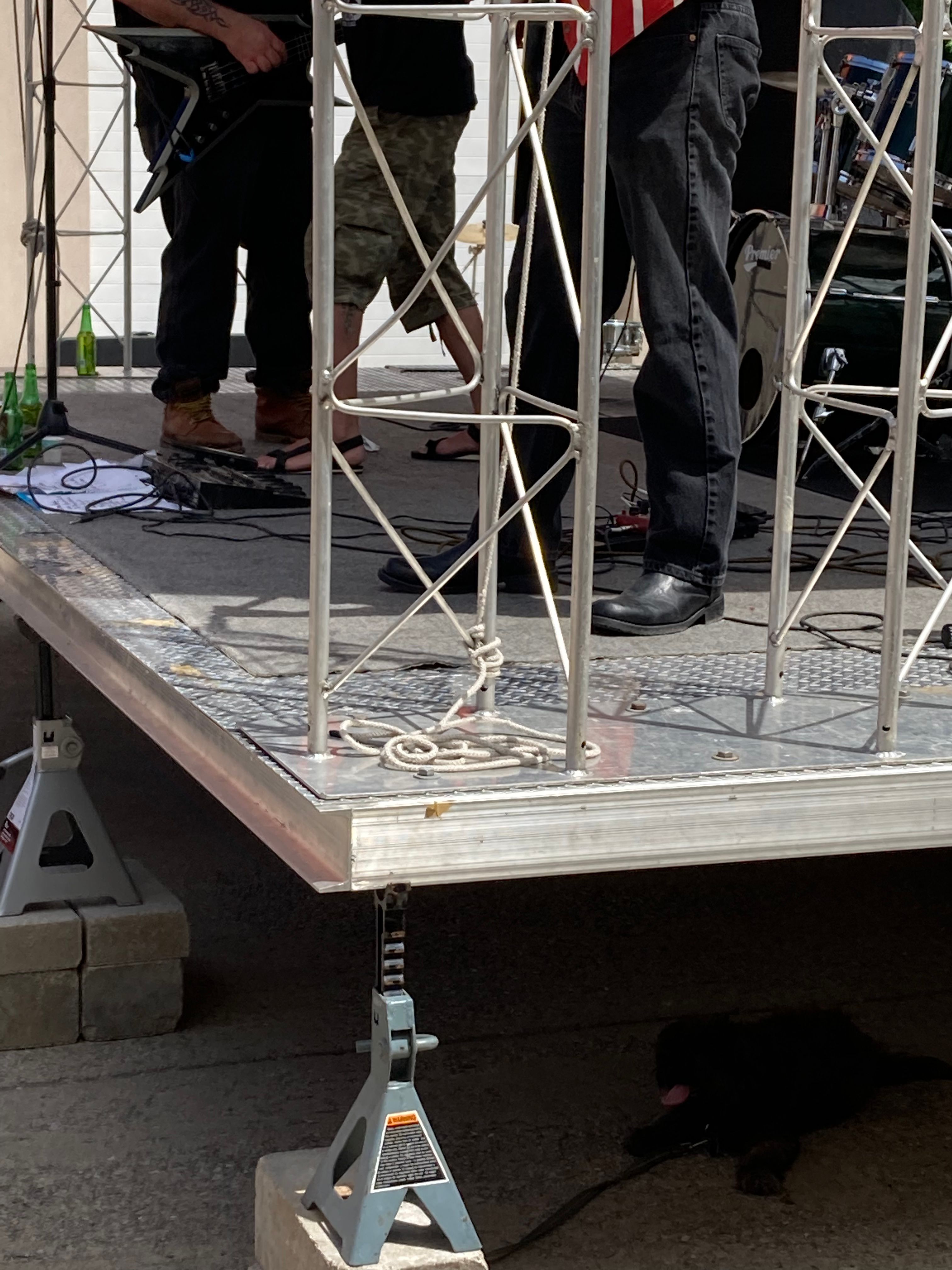