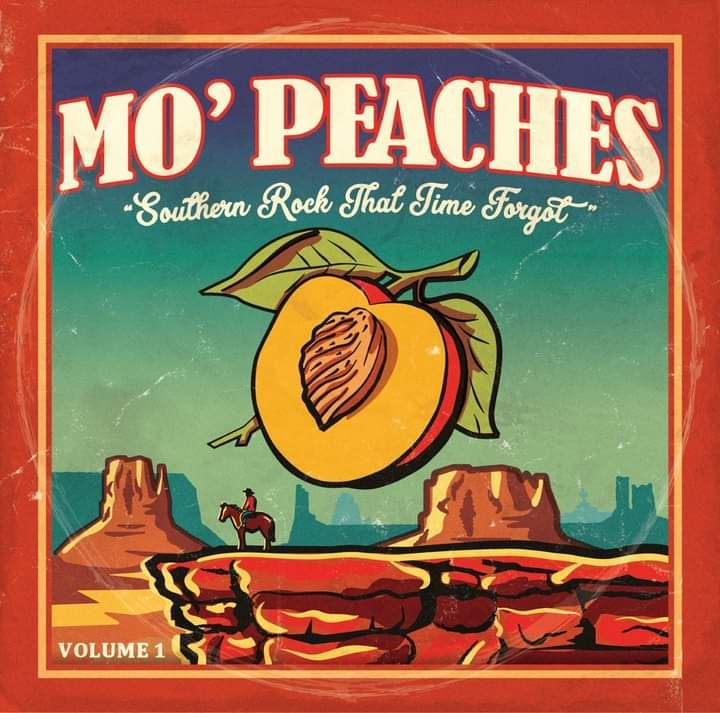 Alligator Jackson is proud to have been added to a compilation lp on colored vinyl put out by German record label Juke Joint 500.  The album "Mo Peaches" is available worldwide on dozens of outlets.

First time on vinyl!
Limited to 500 copies!
All multicolored!
All handnumbered!

If, like me, you’re a die-hard Southern Rock fan, you might remember the Peaches compilation albums from the early ‘70s. Released in the dirt-cheap Warner Brothers Loss Leaders series, those double albums, which cost just two dollars (Yes, $2!), were crammed full of great, grooving rock music from south of the Mason-Dixon line, showcasing the then current releases from the home of Southern Rock, Capricorn Records.

When I started compiling this record, I knew what music I was going to be seeking out, but I needed a name that reflected the feeling that the music evoked for me. It seemed both fitting and appropriate to honour those legendary compilations of the ‘70s that brought so much great music to the wider public, music that was clearly as much of an influence on the bands on this album, as it was on me. So, I decided to call this album Mo’ Peaches, in homage to that original compilation series.

The albums by the individual artists featured here were not released on JukeJoint500, but they might as well have been, they are all great records. The majority of the artists on Mo' Peaches may be unknown to many fans of this music, as most of the albums were self-released on CD-only by the bands themselves, gaining some level of local or regional recognition at the time. I am pleased to be able to collect these songs together for the first time and present them together here for your enjoyment. Who knows, maybe Mo’ Peaches may go on to influence future bands in turn, spinning the wheel of southern rock once more.