The early bird gets the TV set (Addiction sucks)

She was struggling down the street carrying a huge TV set. It was around 6:30 am on a Sunday morning. The sun was still rising and the early birds were scrambling to get the worm.

She was in her early 50s and honestly did not weigh much more than the TV. I have seen her for years. She is a fixture of Downtown Huntington. For this blog, I’ll refer to her as Susie.

I helped her carry the set a little bit. AJ Dawg kept pulling the other way and made it hard. “Where are you taking this?” I asked, already tiring of the manual labor.

“To —-‘s house. Maybe he’ll give me  a pack. The desperation was evident in Susie’s eyes. Fentanyl was calling her name. She pulled her end of the television set with a cigarette barely dangling from the side of her mouth.  As she bounced along under the weight of the TV, I watched for the cigarette to vibrate out of her mouth.

“I don’t feel very well. I just hope he takes it,” she moaned.

“Does it work,?”I asked. I pretty much knew the answer. She found it alongside a dumpster. Logic dictates that television  sets are usually set by dumpsters for a reason. Susie really wasn’t in the mood to be logical.

“I don’t know. I don’t feel good. My stomach hurts. My head hurts. I am dying of thirst. I haven’t slept in four days.”

I’m not sure I did the right thing but the TV set was heavy. We set the TV set in another dumpster. Susie took off down the road clutching the few dollars I gave her.

My hope is that she bought something to eat and drink. Likely, Once again I had become that sympathize sucker called an enabler.

I know the speech by heart. The one that starts with there is help available. Susie knows that speech. She can recite it word for word. She not only has heard it as much as she has heard the latest Morgan Wallenberg song but she has also been to rehab 4 times in the last few years. All she has to show for it is a throbbing back from carrying TV sets.

Addi sucks to watch. So we either hate or hide in denial. Or even worse, we have come to accept it.

In my mind, Susie is scrambling out of McDonald’s with a bacon, egg, and cheese biscuit and is chomping down as she hurries off to find somewhere to crash. It is what I choose to believe….addiction sucks. 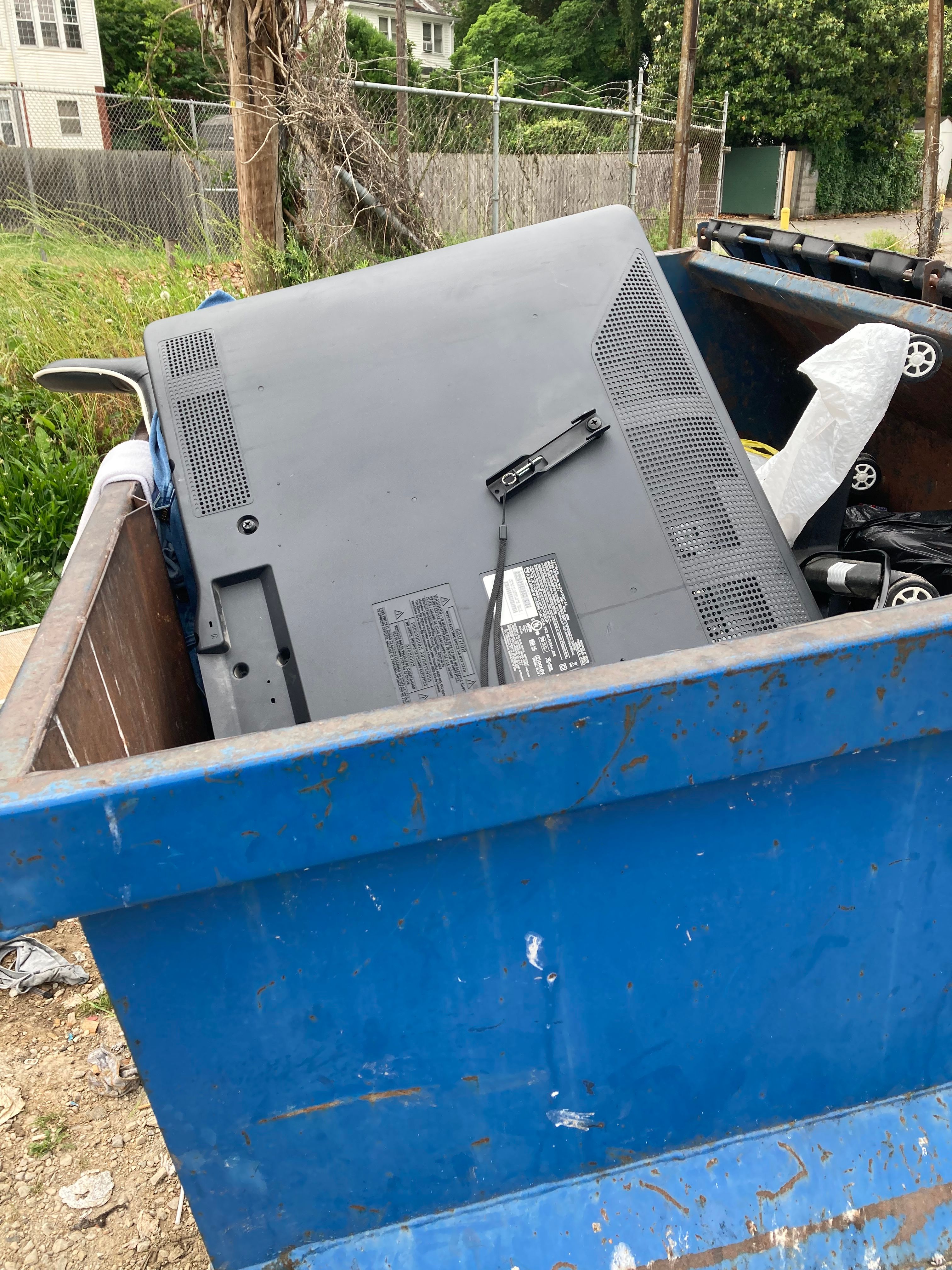