Living Amongst The Violence

A message came to me through my Facebook page tonight.  “ Gator, the mass shooting tonight was on Jefferson Avenue in Buffalo, New York. These things happen all over, not just Huntington. It didn’t happen in Buffalo , WV  or Jefferson Avenue on the West End of Huntington. Violence happens everywhere. You make it sound like it only happens in Huntington “.

Well, the writer is right…to a point. Yes, it does happen everywhere. There are drugs everywhere, mental illness everywhere, domestic violence, and hatred everywhere. But you cannot deny that Huntington does have it’s share of shootings.

Actually, without being paranoid, a feller like me can almost feel targeted.

I have lived Downtown for seven years. Here is my experience.  The first killing in the apartment building I previously lived in across from River Park was a stabbing not a shooting. A few guys tried to rob some guys partying in the apartment above me. One of the robbers was stabbed in the process. His body was found in between the building I lived in and the one next door. I came home from work to find my parking lot blocked off with yellow crime scene tape.

The next year I took a trip to Illinois. I woke early and went to The Herald-Dispatch website to see if there were any news stories to add to my page. The first thing I saw was a picture of my apartment building with a police car parked where my truck would have been if I was home. My next door neighbor had a knock on the door around one in the morning. When she opened it, she was murdered and fell down the stairs.

After I moved a few blocks down the street, I still walked to work. On New Years Day 2022, I was on my way to work and police were still investigating a mass shooting where seven people were shot.

Then, we fast forward to a few weeks ago. At one am, I was awaken by the sound of over forty rounds being fired directly across the street from me. I ran to my door to see people running in 4th Avenue. People were terror stricken and crying. Dozens of people were everywhere. As I stood on my second story porch, people ran under me. Two people were shot and one was injured by being trampled.

The next week, two more people were shot in almost the same spot. T seems like I seem to be a magnet to shootings.

So if I tend to complain about shootings, it is because I have ample reason to be paranoid. And the most current shootings have not even been in my neighborhood.

For 50 years, I had never been close to a murder or shootings. My last nine years have been filled with excitement and not in a good way. So if you think I exaggerate the violence in Huntington, then you may want to reread this article. It really isn’t exaggeration or paranoia when people are shot in your building or across the street….or am I wrong? 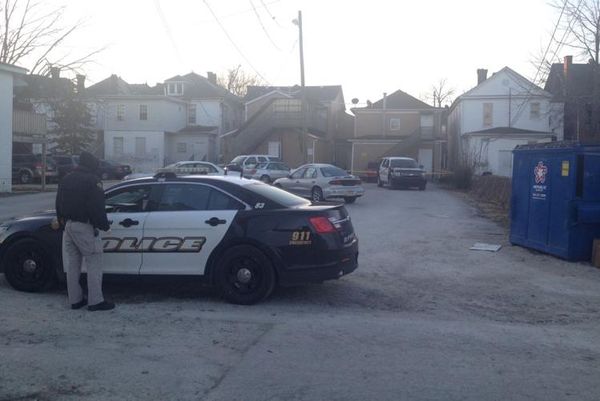